Base oil quality is the key to understanding the terms mineral, semi-synthetic, synthetic blend, synthetic technology and fully synthetic.

Have you ever tried to make sense of which motor oil is best for your vehicle’s engine? If you want to make a good choice, you could begin by learning about base oils − the starting point of finished lubricants.

The base oils used in engine oils can provide varying levels of performance. However, one first needs to understand the terms fully-synthetic, synthetic technology and semi-synthetic, and how these are factors in our choice of motor oil. It is a complicated subject, so let’s begin by saying that it is far easier to simply abide by the recommendation of the original equipment manufacturers (OEM), than it is to make yourself knowledgeable enough to make a wise choice on lubrication options for your motor vehicle. This is partly because every article written on the subject will have its supporters and its detractors, based on the author’s brand loyalty. So, as you can see, I am wearing my bullet-proof jacket.

Let’s begin by taking a look at the different base oils used in the blending of lubricants. It is important to know that, before additives are added, lubricating oils usually begin as one or more of the five American Petroleum Institute (API) base oil groups (see table), and the choice of a particular base oil is a major determining factor in the quality and performance of the finished product. This is where the chemistry starts.

There are five current API base oil categories. Understanding these categories will help us realise that it can be tricky to determine oil quality simply by looking at the specifications and wording on a can of oil.

The Petroleum Quality Institute of America (PQIA) regularly issues “don’t buy” warnings on their website, advising consumers not to purchase certain products as they will cause harm to an engine. Often, the Department of Consumer Affairs will then order these products to be taken off the shelves. The PQIA’s mission is to serve the consumer of lubricants by testing and reporting on the quality and integrity of lubricants in the marketplace. (In the past 25 years that I have been in the oil industry, I have yet to hear of such an active organisation here.)

An article in the March issue of the US-based online publication Lube Report claims that the quality of oil sold in South Africa is on the upswing. Noting that demand for better base oil stocks and synthetic lubricants is on the rise in this market, the publication quotes Unichem operations director, Samer Akram, as follows: “The quality of lubricants in South Africa is already quite high compared to other major African markets. In one industry study, only 30 percent of samples of packaged lubricants came back off-spec – compared to 84 percent in Nigeria.”

In other news, Lube Report notes that, in California, a recent bill prohibits the sale of engine oils and lubricants considered obsolete by the American Petroleum Institute; the newest specification to get the axe is API SH. The bill amends sections in the

California Business and Professions Code regarding the sale and labelling of lubricant products. The law requires that engine oils and lubricants meet at least one active API classification, one active sequence of the European Automobile Manufacturers Association (ACEA), or one active original equipment manufacturer (OEM) specification. The law further states that the API, ACEA or OEM specification and the viscosity grade of the lubricant must be clearly labelled on the product. Consumer protection is at the heart of the new regulation, precisely because buyers of the outlawed older spec products are likely to be unaware of potential damage to their vehicles.

However, the problem lies in the way motor oils are labelled in the general market. An old system remains in place, which is confusing to most people. On their product packaging, oil companies do not disclose the specific type of base oil they use, or the percentages of different base oils used for blending their products. This is considered to be proprietary, as the lowest-performing base oils can be used in order to maintain the lowest cost. Consumers who are not aware of this will lose out in the long term.

This is also where the meaning of the word “synthetic” becomes unclear. Before additives are added to the blend, lubricating oils begin as one or more of the five API base-oil groups shown below. (‘One or more’, because they can be mixtures/blends of different base oil groups.)

Group I base oils

The lowest-quality base oils are “recycled” (not re-refined) Group I base oils. Then we have solvent-refined virgin Group I base oil, which represents the simplest refining process. This is why they are the second-cheapest base oils on the market.

The market value of a base oil reflects its quality characteristics. Depending on the level of refining, mineral oils can still suffer from inconsistent molecular sizing, weakness of unsaturated bonds, and the presence of impurities such as sulphur (which contributes to corrosion) and aromatics (impurities). All these lead to shorter oil service life, poor film strength, low viscosity indices, and deposits on engine surfaces. Many leading oil companies in South Africa blend products using Group I base oils.

These are differentiated from Group I base oils because they contain significantly lower levels of impurities. They also look different. Group II oils, made by using modern hydro-processing technology, are so pure that they are almost colourless.

Here’s another extract from a July 2015 article in Lube Report: “Sub-Saharan African lube blenders have been slow to switch to API Group II base stocks [but]… the global trend to replace some Group I with Group II or III will certainly reach Africa within five years. Lubricant producers on the continent therefore need to prepare for the change.”

These oils are more refined than Group II base oils and generally are severely hydrocracked − subjected to higher
pressure and heat. This longer process is designed to achieve a purer base oil.

Although made from crude oil, Group III base oils are sometimes described as synthesised hydrocarbons (synthetic). Some lubricant manufacturers began replacing the Group IV PAOs (polyalphaolefins) in their synthetic engine oils with these newly available Group III
base oils. This created a controversy in the lubricant industry as some synthetic base oil producers and lubricant manufacturers believed that polymerised base oils (Group IV PAO) were the only true synthetics.

API Group III base stocks are the “new kid on the block” and the cause of all the “synthetic oil” confusion, as it is now more challenging to define synthetic oil. (See sidebar – Marketing vs chemistry.) Some proponents of Group III base oils believe that such hydro-processed oils (loosely known as synthetic technologynlubricants) can easily perform within the specifications of normal engine oil use. They argue that synthetics (Group IV PAO) in this market application (normal engine operation) are unnecessary.

Group IV base oils are polyalphaolefins (PAOs). These synthetic base oils are made through a process called synthesising. The first polyalphaolefins were synthesised commercially via the Fischer-Tropsch process in 1937 in Germany.
The word “synthetic” in the lubricants industry has historically been synonymous with polymerised base oils such as polyalphaolefins (PAOs), which are made from small molecules. Since true synthetics are chemically designed, their properties can be varied. The properties of synthetic oil are determined entirely by their manufacturing process. Synthetic oils are free of impurities and generally have a higher viscosity and better oxidation stability than mineral base oils, resulting in a better and longer lasting performance.

Oxidation of a lubricant will lead to an increase in the oil’s viscosity and deposits of varnish and sludge. The rate of oxidation is dependent on the quality and type of base oil, as well as the additive package used.  PAOs have inherently better oxidation stability than do mineral oils. In addition, they have a much broader temperature range and are great for use in extreme cold and high heat.

However, using a synthetic oil in an application that does not require a higher level of performance is a waste of money. On the other hand, using the wrong oil for an application risks  engine damage and significant financial consequences.

Group V base stocks include all other base stocks not included in Group I, II, III and IV API base-oil groups. These include silicone, phosphate ester, polyalkylene glycol (PAG), polyolester, bio-lubes, etc.

Sometimes, these base oils are mixed with other base stocks to enhance the lubricant’s properties. Esters are often blended with PAOs in order to blend high-performance racing engine oils.

Semi-synthetic oils are blended from a combination of mineral and synthetic base oils, which can be both Group III “synthetics” and Group IV (PAO) synthetics. They provide some of the benefits of synthetic oil, at a lower price.

When you choose a lubricant brand, areyou aware of these differences in base oil quality, and their effect on engine, and engine-oil, performance?

I am hoping that this article shows that there is more to oil than first meets the eye. Understanding base oils is the first step in correctly choosing the properly specified motor oil for your vehicle.

During the late 1990s, Mobil filed a complaint with the National Advertising Division of the Better Business Bureau in the US, claiming that Castrol was engaging in false advertising by calling its product, Syntec, “Full Synthetic”. They argued that the formulation had changed and that it was now being blended with Group III base oil.

When Castrol first introduced Syntec SAE 5W-50 motor oil, it was Group IV PAO-based. Castrol was able to present enough “evidence” to convince the NAD that Group III base oil could legitimately be called synthetic, and the NAD ruled in Castrol’s favour in 1999. This ruling has no “legal” standing. As far as the NAD ruling is concerned, it merely means that hydroisomerized base oils (Group III) can be classified as “synthetic oils”. And so began the confusion for the consumer. In other words, marketing trumped chemistry, and the term “synthetic” no longer has the meaning that it once had.

The term “synthetic” has now become something of a marketing and advertising term, rather than a technical term, describing a process rather than a material. 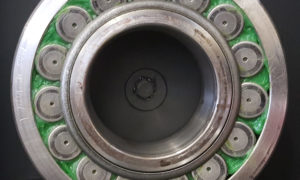 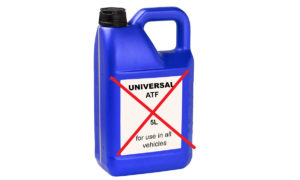 Download the original article that appeared in SA 4×4 (PDF) Written by Freddi Stafford Nobody ever does it, but this is one instance where you

Download the original article that appeared in SA 4×4 (PDF) Written by Freddi Stafford Base oil quality is the key to understanding the terms mineral, semi-synthetic, 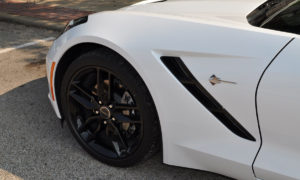 All You Need To Know About Brake Fluid

Download the original article that appeared in SA 4×4 (PDF) Written by Freddi Stafford When your brakes fail, it is too late… In this, our 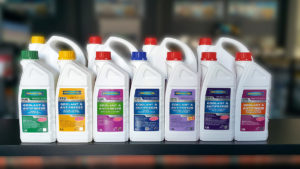 All You Need To Know About Coolant

Download the original article that appeared in SA 4×4 (PDF) Written by Freddi Stafford There is more to coolant than meets the eye. In the past 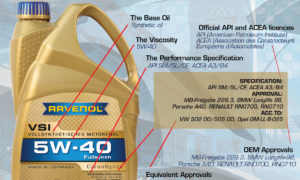 How To Read An Oil Can Label

Download the original article that appeared in SA 4×4 (PDF) Written by Freddi Stafford That’s not as stupid as it sounds. Know the codes and